In a back alley in downtown Culver City, a wooden peephole door and a shiny logo entrance you into Seventy7 Lounge - a glamourous and nostalgic venue, laden with leather cushioned seats, martini glasses, and absinthe fountains. 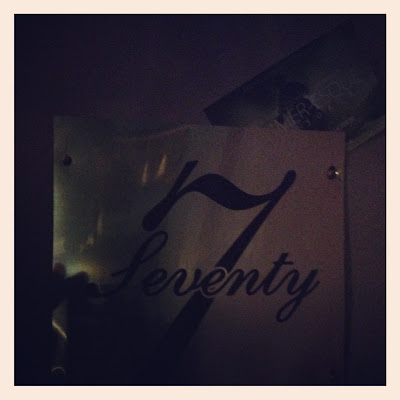 A quick hello to the doormen; another free show. We walk in while Wicked Saints are finishing up their set, having missed the first act, Tyler Suard. I looked him up after the show just to get an idea of his sound - he has a beautiful, unexpectedly deep voice, and his songs have a modern, alternative country vibe to them. 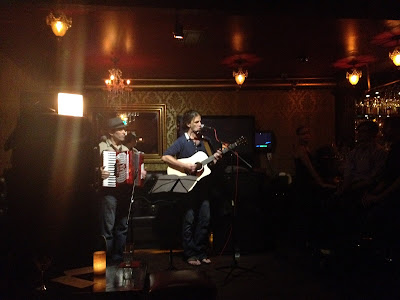 The Wicked Saints claim a four-person band, but tonight it was just frontman Paul McCarty, vocals and guitar, and accordian player Bobby Thomas. Known for their raw organic sound, these gentlemen created a mood more than anything - an idea of simpler times, and feeling at one with the wild. Their talents are somehow naturally preserved in this jungle of a city, and they sound like they could be found in some old ghost town, singing their souls out with Neil Young.

Up next was Zimbabwe native, Farai Futi - a young man with a soulful, dreamy voice, accompanying himself on acoustic guitar. Soft, sweet, yet poignant, Farai's songs paint heartfelt stories of life and love. He played mostly his own very well-constructed songs - including the audience-pleaser "Smile." But also treated the audience to his own twist on "Don't Worry, Be Happy." And a happy crowd we were. In the vein of Ben Harper and Jack Johnson, I imagine some ideal listening to Futi whilst nestling in the warm summer sand, a fruity cocktail in hand. 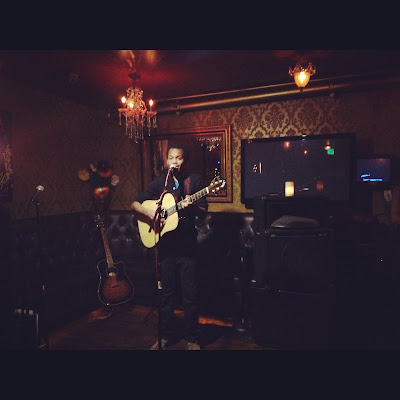 Finally, the closing act and my dear friend, Abby Posner. I fondly call her Abnus and she jokingly calls me Jillian Michaels, trying even to adopt the fitness guru's voice and use of the term "buddy" in conversation. 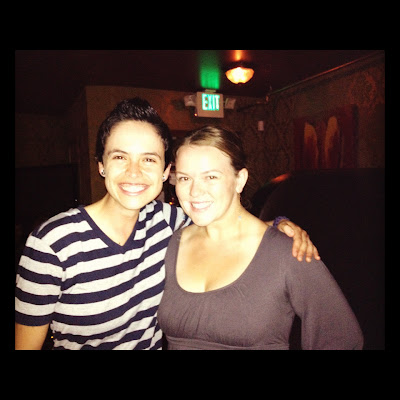 An insanely talented Cal Arts kid and Colorado native, Abby is known for making everyone she meets smile and laugh - though it doesn't hurt that her spare time is spent refining those skills in an improv troupe. Her wickedly easy charm married with her many talents (vocals, guitar, banjo, mandolin, drums...to name a few!) create an unstoppable and irresistible force to be reckoned with. Abby boasts lyrics full of whimsy, wildlife metaphors a-bound, and a voice strong but gentle. She is also the frontwoman for the bluegrass band, Fearmia (known now as "Fiddle and Pine" - see my post on their show at The Mint, 8/20/12). 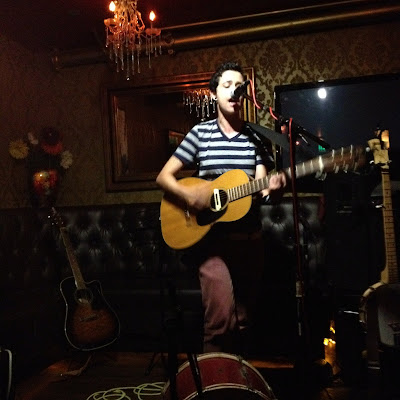 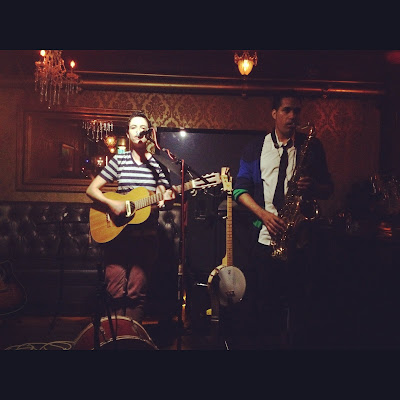 She calls up a fellow friend and musician, Shane, to croon away on his saxophone, giving Abby's indie-folk sound a jazzy twist. Kristen Cook was my date for the evening, but Abby calls her up for some sweet harmonizing during one of the numbers. 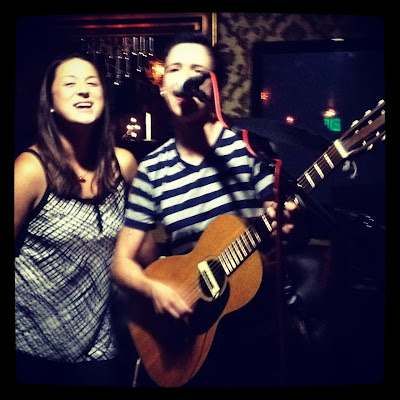 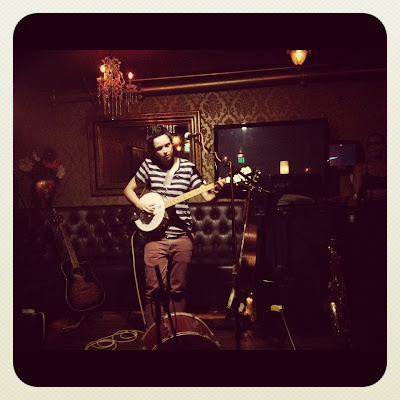 She played some of my favorites including "Moon," "Darkest Winter," and "The Rabbit Hole" - but be sure to catch her new stuff, due out in October.

jillie
just a goofball at heart. live, love, laugh and be happy!